General information
Saffron (pronounced /ˈsæfrən/ or /ˈsæfrɒn/) is a spice derived from the flower of Crocus sativus, commonly known as the saffron crocus. Crocus is a genus in the family Iridaceae. Saffron crocus grows to 20–30 cm (8–12 in) and bears up to four flowers, each with three vivid crimson stigmas, which are the distal end of a carpel. Together with the styles, or stalks that connect the stigmas to their host plant, the dried stigmas are used mainly in various cuisines as a seasoning and coloring agent. Saffron, long among the world's most costly spices by weight, is native to Iran.
Saffron's taste and iodoform- or hay-like fragrance result from the chemicals picrocrocin and safranal. It also contains carotenoid dye, crocin, which imparts a rich golden-yellow hue to dishes and textiles. Its recorded history is attested in a 7th-century BC Assyrian botanical treatise compiled under Ashurbanipal, and it has been traded and used for over four millennia. Iran now accounts for approximately 90% of the world production of saffron.
DSR is a Saffron supplier and exporter from Iran. Sargol, Negin, and Pushal is the popular saffron grades from Iran. TOOZGI high quality saffron is packed in regular to luxury packages. Pay less, get more! 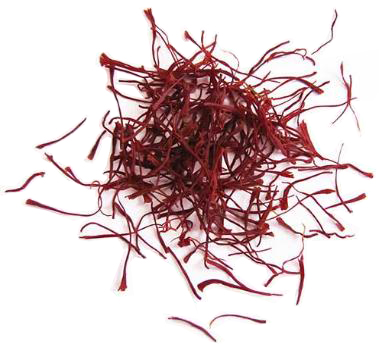 Researchers strike gold - saffron found to help vision loss in elderly
The golden herb saffron may hold the key to preventing the loss of sight in the elderly, a world first trial by researchers at the University of Sydney and in Italy has found. Professor Silvia Bisti, a visiting scholar based at The VisionCentre at the University of Sydney, described the results as a breakthrough, with trial participants showing significant vision improvements after taking a saffron pill for three months." Measurements using objective eye sight tests showed patient's vision improved after taking the saffron pill. When they were tested with traditional eye charts, a number of patients could read one or two lines smaller than before, while others reported they could read newspapers and books again."

The trial, conducted at Italy's Policlinico Gemelli by Professor Benedetto Falsini, was double blind and randomly controlled, involving 25 subjects over six months. Half the group were given a saffron pill for the first three months followed by a placebo, while the other half were given the pills in the reverse order. "All patients experienced improvements in their vision while taking the saffron pill," Professor Bisti said." But when they stopped taking the pill the effect quickly disappeared." Professor Bisti began studying the effects of saffron at L'Aquila, in Italy's mountainous Abruzzi country, because it was a widely‐grown local crop which has been used in traditional medicine as a treatment for conditions such as cancerous tumors and depression." The chemistry of saffron is quite complex", she says. "It is well‐known as an anti‐oxidant, but no‐one had explored its effects on eyesight before." 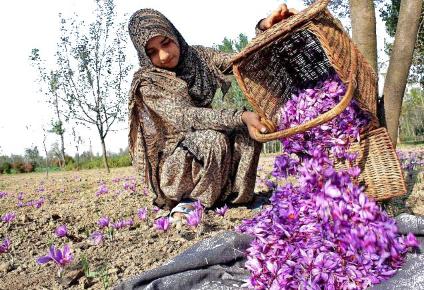 Professor Bisti says "saffron appears to affect genes which regulate the fatty acid content of the cell membrane, and this makes the vision cells tougher and more resilient". Professor Bisti singled out "saffron's 'anti-apoptotic' properties - its ability to increase the availability of oxygen to the body and prevent cell death," as a key factor in its beneficial effects. In collaboration with the Catholic University of Rome and the University of L'Aquila Professor Bisti is now conducting a twelve month trial, with the aim of finding out more information about optimal doses, and at what point patients might experience a peak effect. Another potentially fruitful line of research will be investigating saffron's ability to treat genetic diseases of the eye, such as retinitis pigmentosa, which can cause life‐long blindness in young people. 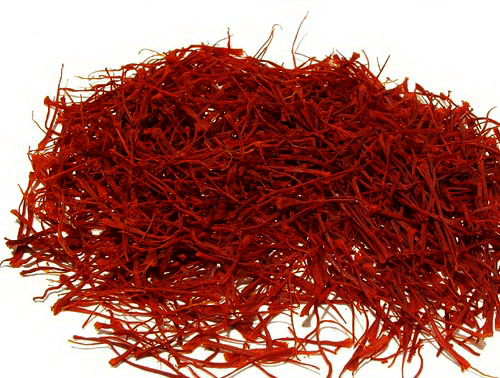 Other health benefits of saffron

It must be noted that no one will eat an ounce of saffron in one sitting; recipes usually call for half a teaspoon or less, but examining an ounce is a good way to determine the nutritional aspects of this intriguing spice. First, the manganese content is off the charts at nearly 400% of the daily recommended value! Everything else seems a little chintzy after that, but the next-largest nutritional quantities also are quite impressive: vitamin C - 38%; magnesium - 18%; and iron - 17%. Potassium and vitamin B6 both impart 14% of the daily recommended value.

Manganese helps regulate blood sugar, metabolize carbohydrates, and absorb calcium. It also helps form tissues, bones, and sex hormones. Vitamin C is an infection fighter; iron purifies your blood; and the vitamin B6 content helps form red blood cells and assures nerves will function as they should. Potassium helps balance fluids in cells, which, if low, can cause painful muscle cramps. Beyond that, saffron contains more than 150 volatile compounds, among others. Picrocrocin, for instance, is the main substance responsible for the strong taste. Safranal brings saffron its characteristic odor and fragrance. Crocin, which delivers the intense orange color, is an indication of this spice's medicinal qualities, i.e. its powerful carotenoids and antioxidants that can protect your body from free radical damage. 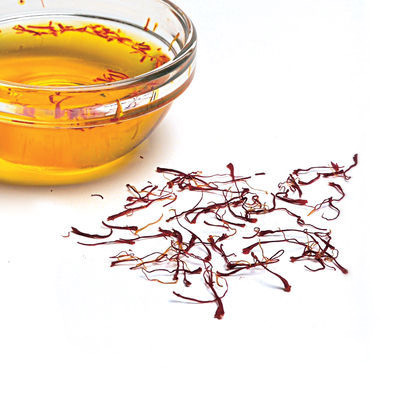 Saffron extract has been shown to be capable of inhibiting and/or retarding the growth of tumors in a variety of experimental models in vivo. A topical application inhibited second-stage skin cancer, and oral administration of saffron extract restricted soft tissue sarcomas and inhibited tumor cell growth in mice. Several studies combined indicated that saffron also may be a promising agent for reducing the side effects from cisplatin (an early, often used cancer drug), including nephrotoxicity(toxicity in the kidneys).In another study, saffron was examined for its effects on aluminum toxicity and found to significantly reverse harmful aluminum-induced symptoms, such as memory loss and neurological disorders. Saffron extracts improved lipid peroxidation (important for inhibiting diseases in the body) and glutathione levels, which function in the destruction of free radicals. Scientists concluded that saffron has "neuroprotective potential under toxicity."

Saffron is not all of the same quality and strength. Strength is related to several factors including the amount of style picked along with the red stigma. Age of the saffron is also a factor. More style included means the saffron is less strong gram for gram, because the color and flavor are concentrated in the red stigmas. Saffron from Iran, Spain and Kashmir is classified into various grades according to the relative amounts of red stigma and yellow styles it contains.

Grades of Iranian saffron are: "sargol" (red stigma tips only, strongest grade), "pushal" or "pushali" (red stigmas plus some yellow style, lower strength), "bunch" saffron (red stigmas plus large amount of yellow style, presented in a tiny bundle like a miniature wheatsheaf) and "konge" (yellow style only, claimed to have aroma but with very little, if any, coloring potential). Grades of Spanish saffron are "coupé"(the strongest grade, like Iranian sargol), "mancha" (like Iranian pushal), and in order of further decreasing strength "rio", "standard" and "sierra" saffron. The word "mancha" in the Spanish classification can have two meanings: a general grade of saffron or a very high quality Spanish-grown saffron from a specific geographical origin. Real Spanish-grown La Mancha saffron has PDO protected status and this is displayed on the product packaging. Spanish growers fought hard for Protected Status because they felt that imports of Iranian saffron re-packaged in Spain and sold as "Spanish Mancha saffron" were undermining the genuine La Mancha brand. 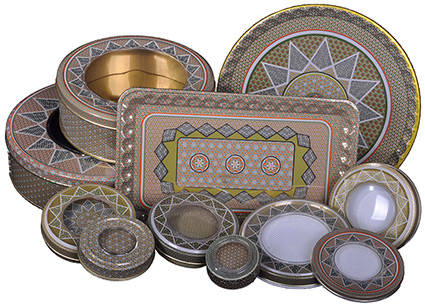 Saffron is packed in different type and size of container. Metal dishes, glass containers, transparent poly containers, and small or bulk plastic bags are some of various saffron packing styles. As saffron is a very expensive and precious spice, some people may like to keep it in amore luxury containers. The Regular packages are 1g, 2g, 3g, 4g and 28g (1 once) while some wholesalers and importers prefer bulk packing of 1 Kg to be repacked by the buyers according to their own market taste.

A key ingredient in bouillabaisse and paella, saffron has the reputation of being the most expensive spice by weight in the world. The stigma of a little purple perennial crocus flower, it must be gathered by hand during a harvest that lasts just a couple of weeks in the fall, and there are only three stigmas per blossom. It takes about 75,000 flowers to yield a pound of saffron. Fortunately, a pinch (about 20threads) is usually all it takes to impart saffron's distinctive yellow color and vaguely metallic, dried alfalfa hay and bittersweet wildflower-honey flavor. Saffron is featured in Spanish and Indian cooking; it's often a major component of curry powders; Iran, Greece, Morocco, and Italy also harvest and use saffron, too. Don't have it? There's no spice that mimics saffron flavor, but turmeric or annatto seeds will impart a similar golden-yellow color. How to choose? When buying saffron, keep two rules in mind. First, buy saffron in threads only. Powdered saffron can contain other products, and it's difficult to know whether you're buying the pure spice. Second, look for saffron that contains only short, deep red threads, which is sometimes called coupé . Lesser grades of saffron include threads with some yellow areas (which is the style part of the flower). 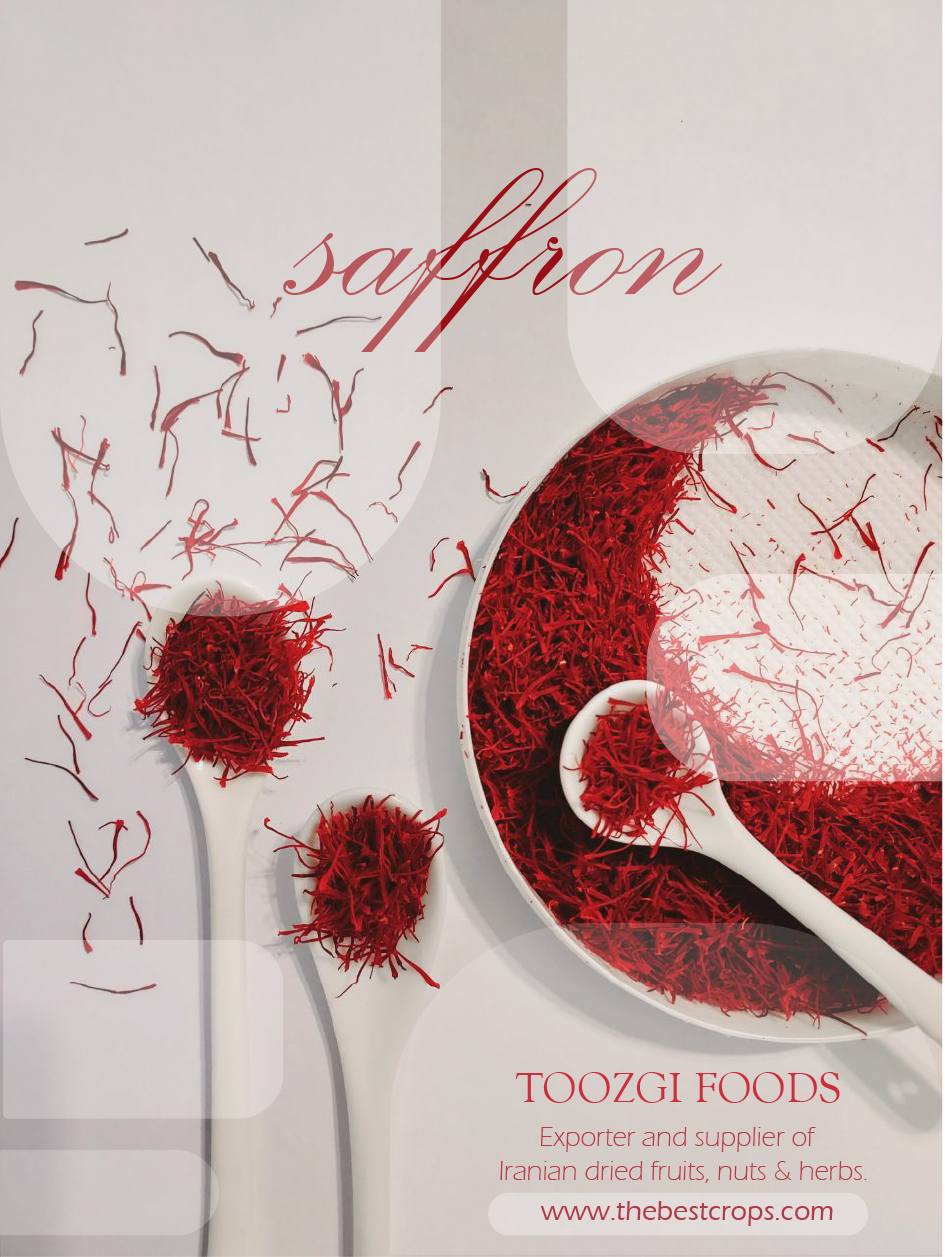 This isn't a bad thing, but the yellow part doesn't have the same coloring and flavoring power as the red stigmas, so the saffron isn't as potent. Saffron is packed in different types and sizes of containers. Metal dishes, glass containers, transparent poly containers, and small or bulk plastic bags are some of various saffron packing styles. As saffron is a very expensive and precious spice, some people may like to keep it in amore luxury containers. The Regular packages are 1g, 2g, 3g, 4g and 28g (1 once) while some wholesalers and importers prefer bulk packing of 1 Kg to be repacked by the buyers according to their own market taste. Saffron Recipes How to prep? Liquid helps draw out the flavor and color from saffron, so crumble it directly into broths, sauces, or soups. If using in something less fluid, let it steep in a little hot water for a few minutes first and add the water and saffron to the dish. You can also infuse oil with saffron, but the flavor and color won't come though as well as they do in water. How to store? Stored in a sealed container in a dark place, saffron should last a couple of years before the flavor starts to diminish.

Here we have some links to some delicious saffron recipes. you can find more by internet searching: 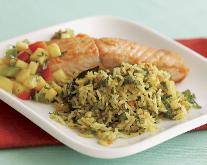 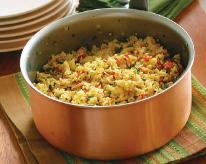 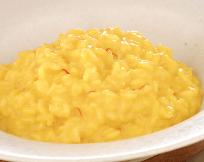 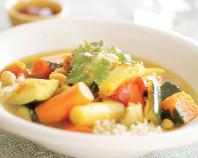 Turkey & Fall Vegetables in a
Saffron-Scented Broth with
Couscous

We welcome your comments
Thank you! Your submission has been received!
Oops! Something went wrong while submitting the form.